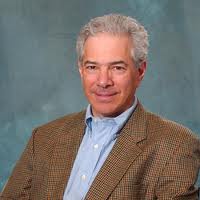 Co-chair of ISA Board of Directors – Michael is currently the President of FlightStar, Inc., an aircraft charter and management services organization based on Long Island, New York. Until its sale, he was President and Chief Executive Officer of CMP Media, Inc., one of the largest high-tech media companies in the world. During his eleven years as the leader of the company, CMP grew from $100 million in annual revenues to nearly $500 million, while profits multiplied ten-fold. CMP was selected as one of Fortune’s Magazine’s “100 Best Companies to Work For” and Working Woman Magazine’s “100 Best Companies.” Mike has taught flying and worked for the US Parachute Association, Ziff Davis Publications and Harcourt Brace Jovanovich. He is a Trustee of the North Shore Long Island Jewish Hospital System and the Chairman of the Business Advisory Council of the University of Colorado School of Business. Michael’s parents, Lilo and Gerard Leeds, are the co-founders of ISA and Michael has served on the ISA Board for many years.