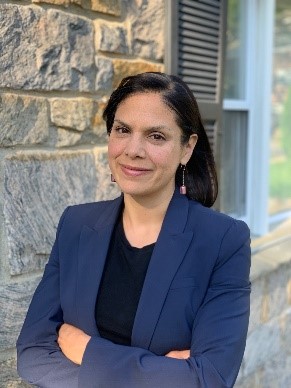 The Institute for Student Achievement (ISA) just announced the hiring of Carolyne Quintana to serve as ISA’s senior director of programs for its social, emotional, and academic development (SEAD) portfolio.

In this role, she will work collaboratively with school and district leaders to create a community of practice that promotes shared learning about district policies, practices, and systems that support quality SEAD program implementation, fidelity, and student impact.

Originally from Houston, Texas, Carolyne began her career as a 9th grade English language arts teacher in the Bronx. She worked as a literacy coach before moving into administration and attributes her approach to leadership to the opportunity she had to support the learning of her peers. In the spring of 2012, Carolyne joined Bronxdale High School as the principal, following two years as the district K-12 literacy coordinator in the White Plains City (NY) School District. At Bronxdale, Carolyne saw firsthand the impact of meaningful one-on-one coaching and her school was featured in a report by the Learning Policy Institute, Teaching the Way Students Learn Best. In 2018, she was named to a leadership development role with the New York City Department of Education (NYCDOE) as a new principal support coach, coaching new principals across New York City, before becoming the executive director of the Affinity Schools NYCDOE Citywide Office.

Carolyne views a collaborative environment as the key to fostering success. Partnerships with the community have been an essential part of successfully creating enriching experiences at each of the institutions where she’s been a leader. Carolyne has dedicated time and resources to explicitly teaching staff and students useful, research-based strategies to communicate effectively and build a trusting, loving community, committed to the development of adults and young people alike. She holds a bachelor’s degree from University of Texas-Austin and masters’ degrees from Bank Street College and The New School in New York City.

“I began my journey as an ISA school principal, and I know firsthand the importance of this work. Our school community embraced the opportunity to become one of the pilot schools to implement SEAD in the ISA community, and I am excited to have the opportunity to join such a talented and mission-oriented organization,” said Quintana.

“The passion and commitment that Carolyne brings to this work will accelerate ISA’s mission to close long-standing equity gaps by strengthening its partnerships, deepening the support systems for students and educators, and expanding its reach so more students are on the path to a promising future,” said Stephanie Wood-Garnett, president of ISA.