During the week of June 27, I attended the first of six institutes focused on rural community colleges and their work to develop and sustain a process called guided pathways. As the team at the Community College Research Center (CCRC) wrote in March 2015,

…a growing number of community colleges and four-year universities are adopting a guided pathways approach, which presents courses in the context of highly structured, educationally coherent program maps that align with students’ goals for careers and further education. Incoming students are given support to explore careers, choose a program of study, and develop an academic plan based on program maps created by faculty and advisors. This approach simplifies student decision-making and allows colleges to provide predictable schedules and frequent feedback so students can complete programs more efficiently.

To me, the guided pathways process is critically important for its focus on the student—with academic advising and intensive support from a dedicated person or team, who monitors each student’s progress toward his or her goals. It is distributed counseling on steroids.

Funded by a group of philanthropic organizations focused on community college excellence, led by the philanthropic arm of the Ascendium Education Group, and organized by the National Center for Inquiry and Improvement (NCII), the six institutes during the project’s three  years bring together 16 colleges from all over the U.S., all of whom are interested in developing or building on their guided pathways work. 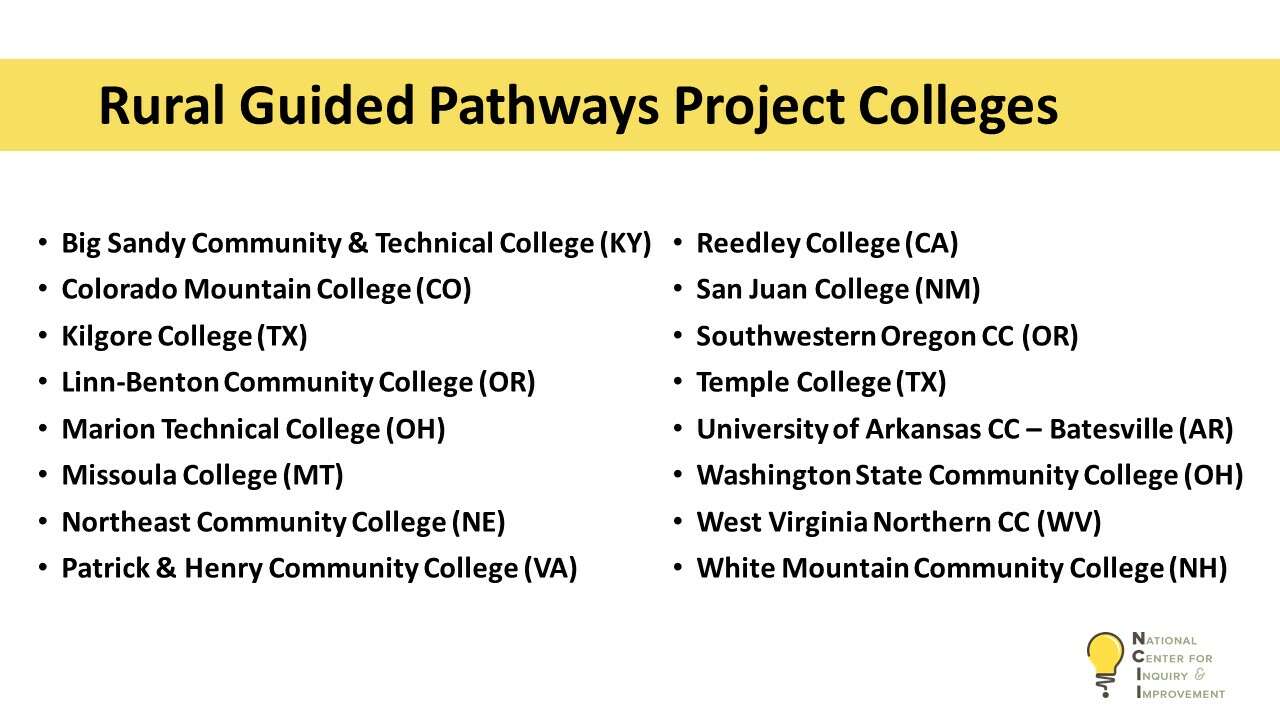 Rural community colleges are also particularly important economic engines for their communities. One college president discussed his college’s Forestry and Natural Resources pathway and one of its certificate programs, Forestry Technician Firefighting Emphasis. The state, ravaged by forest fires, cannot get enough of the college’s graduates. Another college president discussed the close relationship that she has with the large local hospital, which will identify the need for, say, health care interpreters, certified nursing assistants, or medical imaging technologists, areas in which the college can assist.

ISA is engaged in this work for two reasons. First, I am at each institute as a subject matter expert (SME) for K-12. NCII has asked each of the 16 colleges to bring community partners with them, and most of the colleges asked school and school district personnel in their regions to join them for this work. Second, ISA is also engaged with this work for its focus on equity. As you can see below, the demographics of rural colleges are changing, with a renewed focus on historically underserved students. 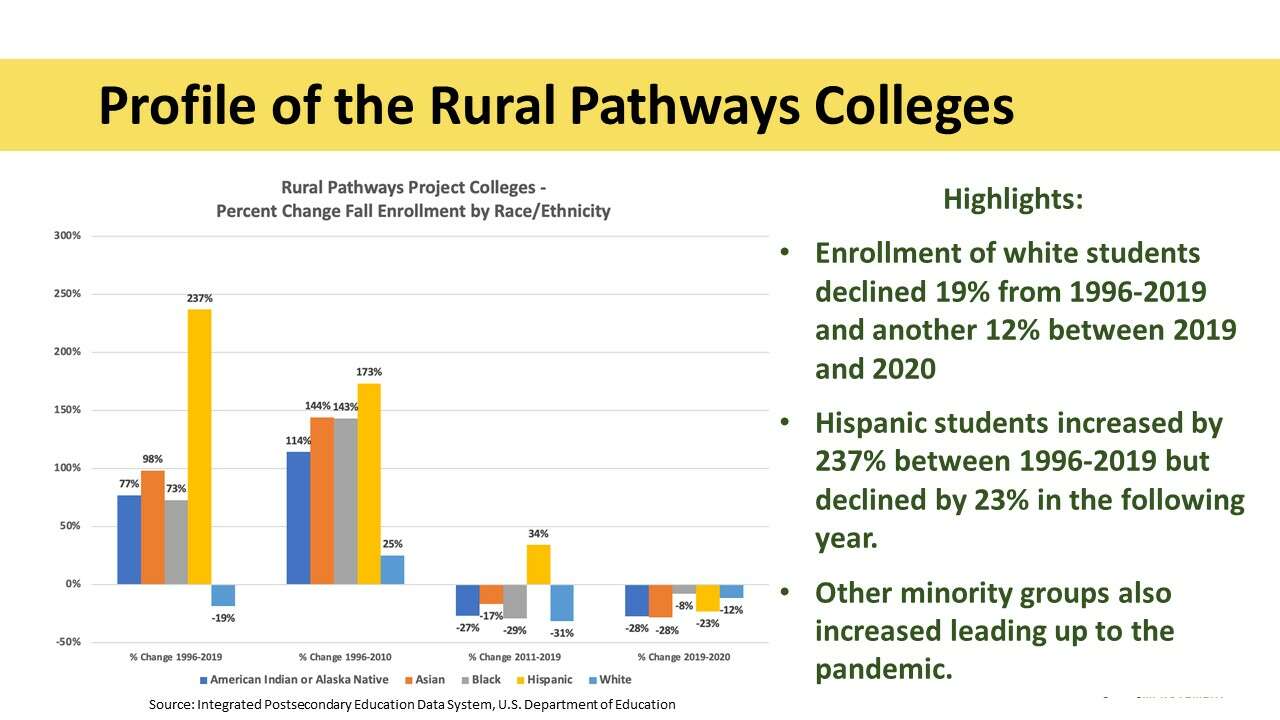 The CCRC also shared that “some community colleges play a major role in helping students from low-income backgrounds move into middle- and upper-income levels, making them potential engines of upward mobility” and that beyond “increasing wages, community college degrees contribute to economic activity, bolster government tax revenues, and reduce the demand for public services.”

That said, college completion needs to improve, with about 40% of community college students earning a credential from two- or four-year institutions within six years, while the rate for public four-year college students is 67%. All the more reason to implement a guided pathways approach, which has shown impact on student success. Many of the young people that attend these colleges are those on which ISA has focused during its 30 years of work with schools and school districts. The guided pathways work allows ISA to apply our same thinking to this next stage of education for these students.