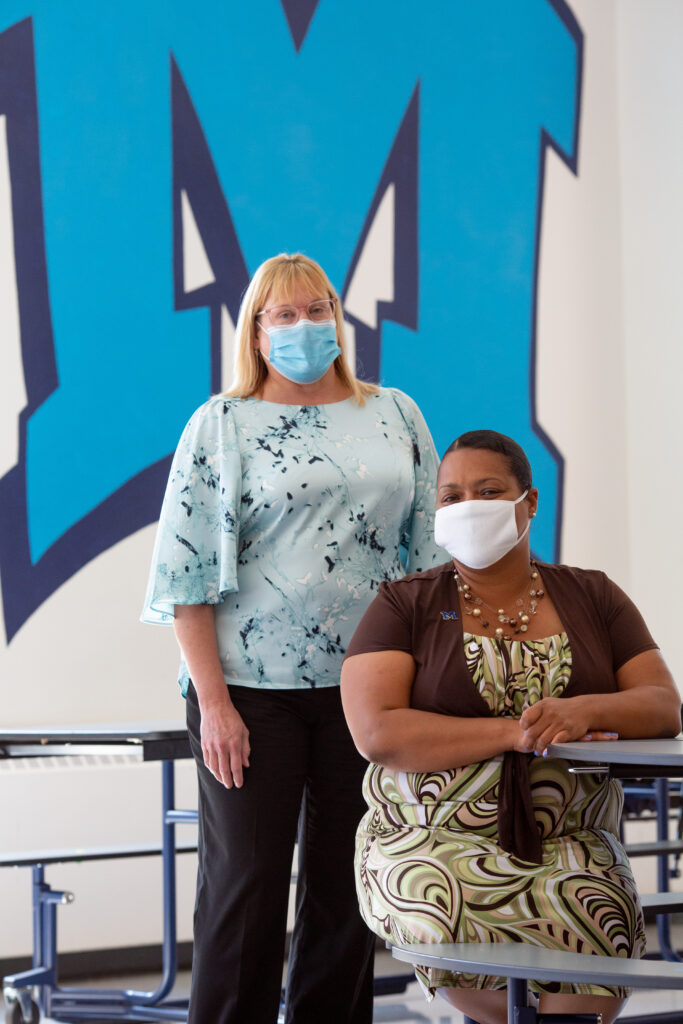 It’s Teacher Appreciation Week next week, and we asked some of the ISA family to reflect on a favorite teacher.

Carlton Jordan, ISA coach: In 1977, my sister brought home Things That I Do in the Dark by June Jordan. I hadn’t entertained the idea that Black folks other than Nikki Giovanni wrote stand-alone poetry books. I saw Nikki Giovanni in 1974 on The Mike Douglas Show, where she read from her book. All other Black poets that I read, I read in anthologies. My sister was given Things That I Do in the Dark by her English teacher, Ms. Barnard, whom the Black students called Donna when it was just us because she was one of us. She was the first Black English teacher in the high school. She was ours. The afro proved it, and the gift of Things That I Do in the Dark solidified it. My sophomore year, I had Ms. Barnard. My gift was less tangible than my sister’s. I was gifted with her reading of Marc Antony’s speech. We read Julius Caesar that year. With her rendering of “So are they all, all honorable men,” or thereabouts, her eyes watered, and she paused. Not an ill-timed, ineffective Shakespearean pause for dramatic effect. No, not that. She had to gather herself after giving life to Marc Antony’s words. She lifted them above the weight of literary and rhetorical devices that no one who reads the play in high school ever remembers in their fifties unless they end up teaching English. She read it with a touch of Black girl magic that communicated to me that Marc Antony was talking to someone in authority like a Black person in the 70s responding after being disrespected, after feeling the quip of racism but knowing it could be easily denied. It would take the one spoken to a second or two to figure out what was being said. I watched, enthralled. I told Ms. Barnard about that moment and its impact on me years later while talking in front of the Best Yet Market. She denied the tearing up with a laugh. And I said, “Yeah you did. You read that thing.” She made Shakespeare poetry for me. It was a gift, a private one, I guess. Just one of those things Black trailblazers have learned to “do in the dark.”

Jeanne Carlivati, ISA coach: For me, it was my 10th grade geometry teacher. Her name was Mrs. Ange, and on the surface, she was gruff but never gave up on me despite my struggles that entire year in her class. I think I failed every chapter test, but she insisted that I come in after school for her to go over everything with me. Somehow, when we could sit one on one, I understood exactly where I had made my mistakes. Unfortunately, she would then begin a new chapter, and I would be lost all over again, and thus it went for the rest of the year. However, she was unbelievably patient, never got exasperated with my questions, and had time for me whenever I needed to see her after school, which was often. The one thing that saved me was that I could memorize the geometry proofs, even though I didn’t know what I was memorizing, and got 100% on every one of them. Early on, she made sure I never tossed any of my tests, and the week before the final exam in June, when I’m sure she had a million other things to do, she met with me to review my exams to make sure I understood the mistakes I had previously made. She just kept telling me, “You’ve got this—I know you can do it.” Well, guess what? She was right. I got a 98% on the Regents final exam, and she gave me a B as the final grade for the course. Years later, I was hired to be a school counselor at that same school, and Mrs. Ange was still there. I sheepishly walked into her classroom, and she gave me the biggest hug and reminded me that I never gave up. But it was she who never gave up on me, and I never forgot that lesson. 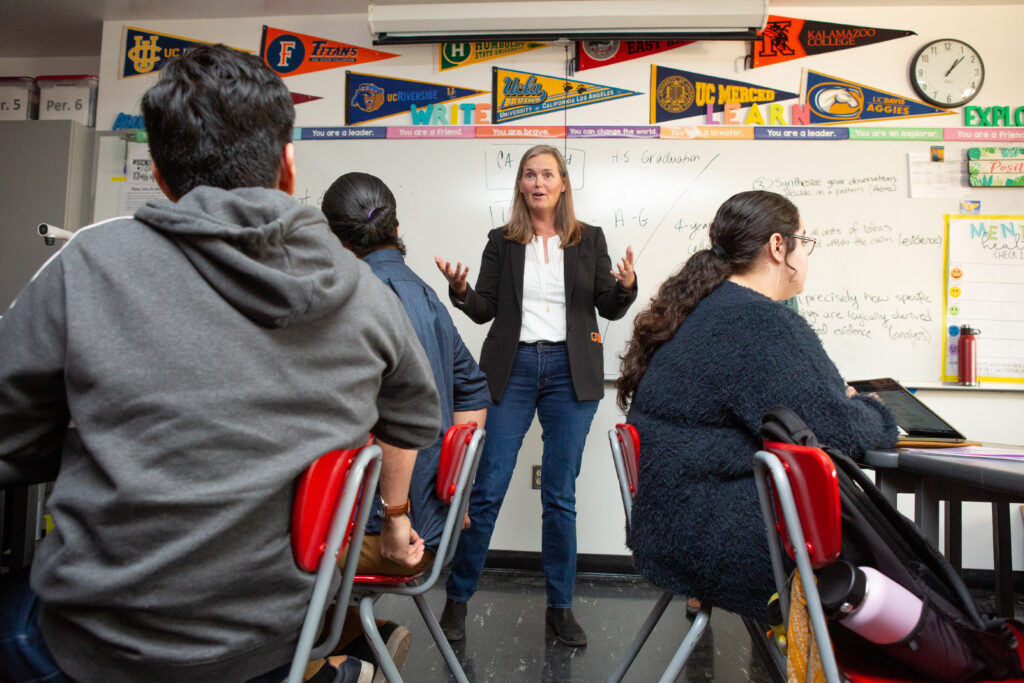 Jennifer Santiago, Director of Equity and Excellence, Falls Church City (VA) Public Schools: Mr. James Coccia was my 10th and 11th grade history teacher in the mid-90s. I went to school in a small town where you attended school K-12 with the same students. I’d always been interested in history, but Mr. Coccia brought it to life; he brought the learning out of the textbook and shared stories about Eleanor Roosevelt and the life experiences of people during World War II in a way that was more real, that showed the emotion and hard decisions that people had to make. Rather than memorizing dates, we were thinking about what life was like, why decisions were made, and we got angry and asked many questions. He answered them always and encouraged us to ask more, always excited to dive into class discussion. Sure, we mastered all of the standards, but we also learned to engage with the standards in a way that felt new and different than any other learning in school had been. That was it: I wanted to be Mr. Coccia, but more than that, I wanted Mr. Coccia to be proud of me. I hope he knows how much his teaching stays with me today and has pushed me to do big things.

Mariam Naraine-Zebrowski, ISA coach: Mr. Cook was my high school biology teacher. I always thought I was a great science student until I got to high school. Biology was particularly difficult; it was like learning a new language in a new place, and I was immediately lost. I failed the first marking period. But Mr. Cook didn’t see me as a failure, and he took the time to ask how I prepared for tests. I told him about my pretest cram session, spending hours memorizing words and definitions. He then talked to me about patterns and connections, rather than just memorizing words and meaning, and I realized that was how he taught the class, too. He would never give us the answers, but he would give us time to discover and make connections, challenging us to figure out solutions using the content knowledge as tools. He was using inquiry-based learning before it was even given a name in schools. I remember his seriousness in the hallways or at school assemblies, but in class he was so different, excited about biology and science in general. It was contagious, and he made it OK to be a science geek. Mr. Cook was the first science teacher of color that I had high school, and he served as a model for me: a brown girl who can reach her dreams of becoming an educator. 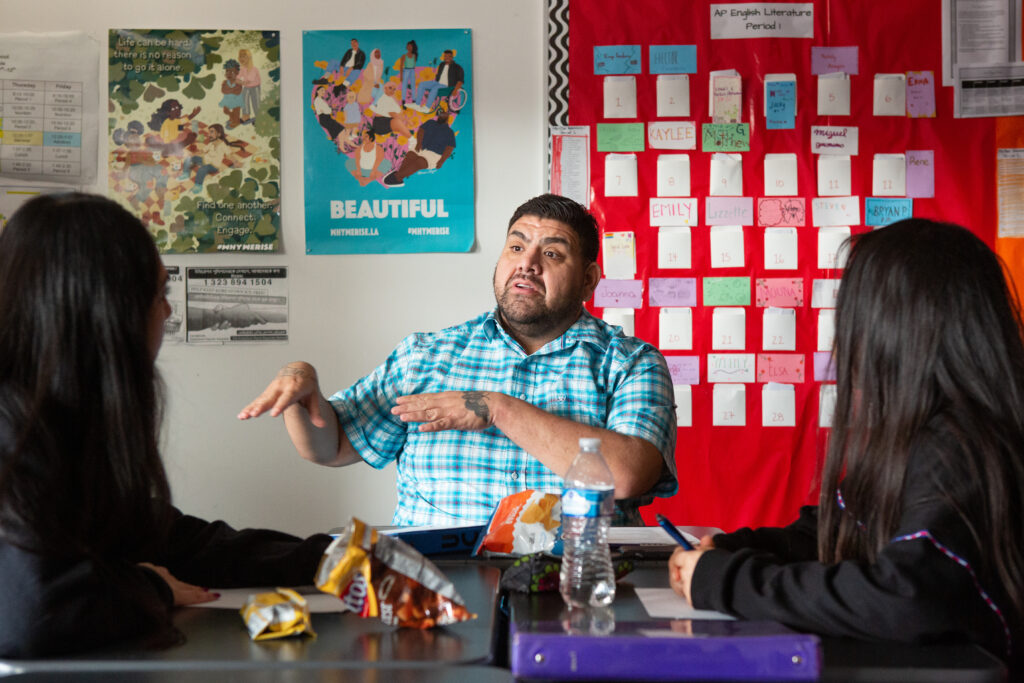 Kate Spence, ISA coach: I’ve had so many great teachers over the course of my schooling career. Somehow, the best teachers I’ve had made me feel that I belonged in their classrooms, that they believed in my ability to accomplish great things, and that they knew and liked me as a person. One specific teacher whom I’d like to thank for inspiring me as a learner and in my own teaching practice is Sandy Mohlman. As I recall, I had Sandy (we called all our teachers by their first names in my 7–12 middle/high school) as a social studies teacher in both middle school and high school—and more than once in high school because I really enjoyed his classes. In addition to the sense of belonging I felt when I was in his classes, I remember being pushed intellectually. Sandy embraced the devil’s advocate role in ways that we as students found simultaneously maddening and delightful, requiring us to take a stand on all sorts of topics, support our opinions with evidence, and change our minds when we contradicted ourselves. Sandy was creative with the content he taught and the strategies he used to teach us. Above all, Sandy really listened to what we said and thought and developed relationships with us that enabled us to be creative in our learning as well.

Abner Oakes, National Director of Outreach and Engagement, ISA: I was an English major in college after declaring chemistry and then math majors, both of which I failed miserably. As I look back, it makes sense that I came back to English for some of my most memorable teachers were in my high school’s English department. Ms. Fox and Ms. Zito introduced me to Eudora Welty and Flannery O’Connor, and Ms. Drazba’s Shakespeare class still resonates, but it was Mr. Whalen’s vocabulary class that I remember very fondly. I know: a vocabulary class? It was one semester long, and he began every class with a quiz of 10 new words, from “pugnacious” to “serpentine” to “confluence.” He shaved his head back when people didn’t do this sort of thing, wore black jeans and black turtlenecks, and roamed the aisles of our class, asking us to stand and give the root for, say, “sycophant” (Greek origin meaning “revealer of figs”). He made our study of words exciting and ignited in me an interest in language that’s lasted to this day. 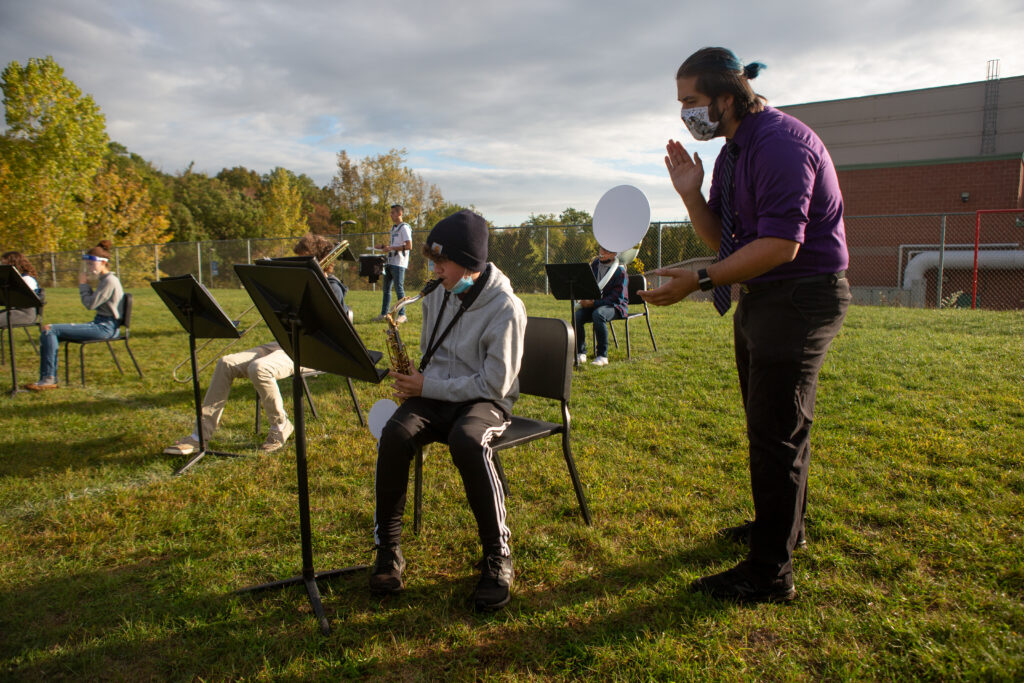 All photos by Allison Shelley for EDUimages.