What If You Crossed a Sears Catalogue With Consumer Reports? 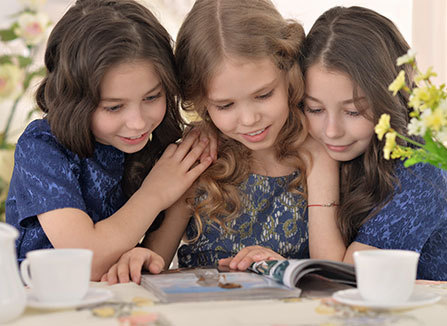 When I was in high school, I had a summer job delivering Sears catalogues. What a great job. I got to drive all over the Maryland suburbs of Washington DC carrying tons of paper and wrecking the suspension on my mother’s 1960 Chevy station wagon. But more than that, I was instantly popular. A Sears catalogue wasn’t just advertising. It was a portal to peoples’ dreams.

In evidence-based reform in education, we have to somehow capture the sense of possibilities that the Sears catalogue brought for more mundane purposes. I’d love to imagine principals, superintendents, and teachers leafing through descriptions of programs of all sorts and from all providers that they could use with their kids, firing their imaginations with new ways to improve outcomes in their schools.

For this vision to truly make a difference, though, you’d have to marry the Sears Catalogue to another 1960s standard, Consumer Reports. Imagine that each product that was supposed to produce an outcome came with an independent rating of its effectiveness and reliability. Does a washing machine produce cleaner clothes without breaking down? Lawn mower? Power tools? Motorboat? Bicycle?

A mixture of Sears catalogue and Consumer Reports could have many important benefits. Right at the time readers are getting fired up about a new grill or energized about a new battery, their enthusiasm could be heightened or tempered by practical, independent information, so they could make better choices, comparing outcomes to those of alternative products. Further, knowing that readers would see this information, Sears would have to make sure that its products actually work, so the products themselves would get better over time, continuously enhancing consumers’ faith in the whole catalogue, in a virtuous cycle of innovation and satisfaction.

Switching back to education, we need something for educational programs just like the marriage of the Sears catalogue and Consumer Reports. Of course, today it would be a web site rather than a massive suspension-crushing book. That web site could help educators find out about all the wonderful solutions out there, ways to improve students’ math or science achievement, reduce reading failures, increase social emotional health, and so on. Just knowing all the possibilities would be great, but imagine that the web site would provide independent, scientifically valid summaries of the evidence on each program or practice in the “catalogue”?

The evidence standards in the Every Student Succeeds Act (ESSA) define strong, moderate and promising levels of evidence, and encourage their use. But educators should not use evidence-based programs and practices just because the government suggests they do so. They should use proven programs because they are responsible stewards of the futures of their children.

A catalogue of dreams, tied to the practical information and resources to make dreams come true, is what we need in education.