A Conversation with ISA’s Nigel Pugh 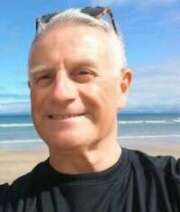 After working for 40 years as a teacher of English, assistant principal, principal and assistant superintendent for the Inner London Education Authority and the New York City Department of Education (NYC DoE), Nigel brought his expertise to ISA in October 2018 as a leadership coach and a coach to support special education inclusion. Nigel was the founding principal of the Queens High School of Teaching, then an ISA school, in 2003. Since then he has been the principal of a successful turnaround school in Manhattan and supported 10 professional networks in the NYC DoE central office that provided services and supports to 355 NYC schools pre-k through 12. Nigel has mentored many future leaders through the NYC Leadership Academy and taught future leaders through the Principals’ Institute at Bank Street College of Education. He has considerable experience in leadership support, facilitative leadership, creation of new schools, designing inclusive environments for students with disabilities and other non-typical students, addressing the disproportional suspension of young men of color, and supporting LGBTQ students and adults in educational settings. More recently he has moved into international work through Americans for Bulgaria to support school leadership development in Bulgaria.

Tell us about the beginning of your relationship with ISA; what was happening that led up to your connection to the organization?

This happened a long time ago, way back in 2003. I had been identified as the opening principal for a brand new high school in Queens, and was going through the design process. I was designing the instructional program, hiring the teachers, and reaching out to families. Everyone was talking about ISA, this wonderful organization that I had never heard of. So I got the details and submitted an application to become an ISA school. Back then it was a very complex application process, and I was fortunate to be selected. They formed a 4-year relationship with us.

ISA’s Seven Principles guided our work. To support this, we had an ISA coach; she supported me as school leader and coached teachers in facilitative leadership. She also supported us in putting a precollege piece into place and helped us set up rich, student-centered classrooms around inquiry – truly a multi-pronged level of support. I maintained my relationship with ISA, and when NYC schools were allowed to select their support team (the equivalent of their superintendent team), I was part of a group of ISA principals who grouped together with ISA to form an ISA Empowerment Network of twenty-five schools. That was in place for about 4 years until NYC moved away from that decentralized model. In 2017, I retired as a full-time employee of the NYC Department of Education and thought I was going to spend the rest of my life at the beach, in the mountains, really enjoying myself. Working was the furthest thing from my mind, but ISA reached out to me and reeled me back in! It was such a pleasure to be back; my relationship with ISA is now approaching its 20th year. The organization has changed with the times, but the core values and practices are still in place.

What is it that you do now, as a liaison?

What I do now is support NYC schools that select ISA to provide coaches. My first point of contact is with the school leader to find out exactly what they want. Sometimes they have a very clear idea, and other times they don’t. Or maybe they do have an idea that’s not fully formed, and I say, “I can probably help you shape that idea into something more coherent.” I co-construct the work with the school leader or leadership team and identify coaches who might match with the school so that we can implement the plan.

Can you remember a specific teacher who had a profound impact on you? Who was it and what was that impact?

I want to highlight someone who made a great impact on me as an adult. His name was Eric Nadelstern, and he eventually became deputy chancellor within NYC schools. I first came across Eric when I was a teacher and he was a principal. I was interested in leadership, but I hadn’t gone into a formal leadership program at that time. Eric would invite people who were considering leadership to come to his school to see what it looked like and to have professional conversations to help the person decide whether or not they wanted to take this really huge leap from teaching into leadership. Eric basically gave me free reign to spend a day at his school and do whatever I wanted. He asked me what I was most interested in, and what I was really struggling with as a teacher leader was professional meetings, such as grade team meetings. If not facilitated carefully, they become fractious, just a bunch of people in a room together, and there doesn’t seem to be any focus on the work.

Eric allowed me to sit in on a team meeting that was teacher run, with no administration anywhere in sight. It was highly functional; it really worked well. I couldn’t believe the contrast with practice I had seen in other schools. I asked Eric how he achieved this, and he said, “Well, you need to ask the teachers that. I can tell you how I think I did it, but they may have a different interpretation, so you really need to speak with them.” So I spoke with them, and they spoke about the establishment of trust and of basic values. They also shared norms, protocols, and rituals that helped formalize the work and create a degree of responsibility. One teacher said, “We aren’t meeting to discuss what’s wrong with the school so that we can give the principal a list of 12 things he has to do by Wednesday. We are meeting because we want to make the school a better place, and we are going to choose one high-leverage piece of work that we are going to work on; we are not going to give it to someone else.” So it’s a different language around how we work – so different from what I was accustomed to. I had to learn that language, and I think that’s the piece that really set me on my path. It convinced me that I wanted to go into leadership, and I found that I became good at going into dysfunctional environments and helping them become more functional.

Why do you think the work that ISA does is important?

This is the feedback that I often get from schools that we work in: that the work is co-designed. It’s not the school’s agenda in isolation and it’s not ISA’s pre-made package; it’s something that grows out of those two working in collaboration. The work is flexible and dynamic, and we meet periodically to look at the data, to assess the efficacy of the work, and if something is not working as designed, we may have to make changes.. The work is custom-made for each organization. We have the basic values (the Seven Principles), and they guide the work, but the work still looks different in every school. This year, ISA worked to support 29 NYC schools, and I can honestly say that the work we do with each is unique; it’s very customized. It’s that ability to create something special that belongs to both the school and to ISA.

Just know that I am the perfect guest, so when you invite me over, I will eat anything you put in front of me! I may not go for the garlic ice cream; I may possibly turn my nose up at that one. But if you really want to make me happy, I think hazelnut will be the one to do it.