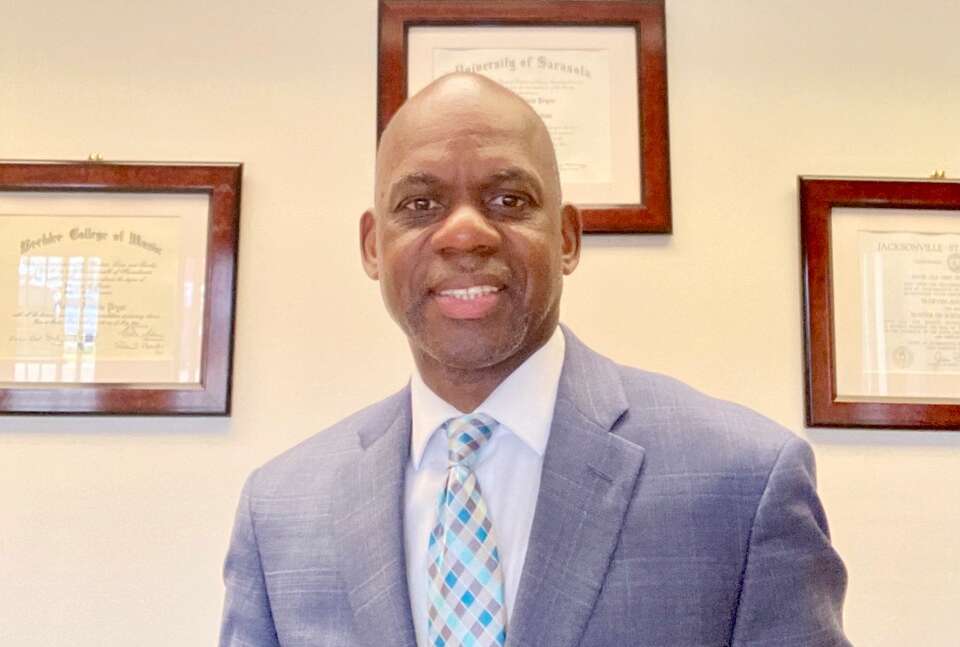 We spoke to Marvin Pryor, the newest member of ISA’s team, to learn more about where he‘s been, what he’s done, why he’s passionate about his work at ISA, and what’s next.

Tell us a bit about your new position and what you do.

I’m currently the newest member of the ISA team, and my official title is senior director of programs. There are basically two sides of the house for my position. One is on the ISA side as a service provider to schools. I oversee my portfolio leaders to make sure we’re providing services that suit the needs of our schools. My portfolio leaders and I make sure that we provide training for our coaches to remain relevant in the field. I also support ISA in expanding our brand and territory. On the other side of the house, now that we have the Institute for Student Achievement Foundation, I am working on its launch.

What did you do before you came to ISA?

For the past two years, I’ve been working in Madison, WI, with Superintendent Carlton Jenkins, who’s doing a marvelous job there. I went there as chief of schools (secondary),where I oversaw the principals of the middle and high schools and provided leadership for them; my primary responsibility was to build their capacity so that they could build teachers’ capacity, and ultimately improve student outcomes. I served in that position for eight months, after which I took on the chief academic officer role, and in that position I oversaw K-12 teaching and learning for the entire district. That was a wonderful experience. There were a lot of initiatives, one being the science of reading, which we really leaned into during my tenure in the position.

I left Madison in March of 2022, which was a difficult decision, but I saw the posting for this position with ISA. I’d worked with ISA previously as a principal of a high school that implemented the ISA model and as a leadership and school development coach. And so the opportunity to work with ISA again was like a coming home party for me. I see it as though I’ve come full circle.

Tell me more about your prior experience with ISA’s model.

I always say this: I would never engage in work that I don’t believe in. When I was a principal, I was given the keys to a newly renovated school that was historically known to be a very toxic environment. In using the ISA model, my team and I were able to take a school that had a 17% graduation rate and, within the first 4 years, realize a 100% graduation rate. Using this model, the staff and I sustained that graduation rate, but more importantly, we were able to [improve] the post-secondary attendance rate. Previously, the number of students who pursued post-secondary education was in the single digits. We then realized about an 87% college-going rate, but we were not satisfied with those outcomes because many students were back home after two years. We realized that we missed something, and that was the nurturing that we embedded in our practice at the school level; we knew that we needed to provide support for those students once they left home. We partnered with several colleges and universities, did outreach in those areas, and found individuals who would be overseers and gatekeepers of our students who were going to college. Consequently, we were able to keep students in college once they went, and the college graduation rate really improved from there.

This work doesn’t have to be difficult; if you create an environment where students feel a sense of belonging and where teachers feel supported, positive things happen!

Can you name one teacher that you had who made a major impact on your life? What was that impact?

Yes. I wrote about him in my first book. His name was Mr. Dwight McMillan, Sr., and he was my band director. I met him my eighth-grade year. He put a trombone in my hand, and it was through music that I discovered who I am. And he, through the power of music, helped me to realize that I had everything within me that it takes to be successful. He would always tell me, “If you can be successful in music, you can be successful at anything in life that you desire to do.”  I looked up to him; he was always filled with enthusiasm for teaching. I thought, “Wow, you get paid to do this, and you’re having more fun than we are!” It was at that moment that I said that’s what I wanted to do. He inspired me; he instilled in me this idea that everything you do in life has an arts connection to it. I started off as an elementary music teacher, then I became a high school band director, then I left that and became the fine arts coordinator for Atlanta Public Schools, and when I took the principalship at Carver, we had an arts theme at that school. So the arts shaped my entire career. Even when it’s not directly associated, like now, I still have music as an outlet to the work. It’s been a part of my life. Sadly, we buried my mentor a few months ago. He was my teacher, friend, mentor and Omega brother.

What is it about ISA’s mission that excites you the most?

I’ll say this: The older you get, the more you become focused and reflective. From my work as a principal all the way back to my years as a youth, I learned that equity and access is everything. I was fortunate to have grown up in two cities (Bridgeport, CT, and Ridgeville, SC), and I saw the disparities that exist between school systems: One, very low expectations and the other, very high expectations. I’d go down to South Carolina and the curriculum would be two to three years behind that of the system in Connecticut. I then looked at the expectation from teachers and how they viewed certain students; It was obvious that many of the teachers prioritized the students they desired to work with, you know, “the bright students”. So access and equity for all is what I wake up in the mornings for now. The work that I did in Madison was all about deconstructing to reconstruct policies and practices that have held Black and Brown students back. When I looked into Advanced Placement, accelerated, and higher level course offerings, those that were taking them were not representative of the entire school population. So what gets my juices going right now is to be able to lean in on educators to build an equitable lens so that they become intentional about believing that when all children are extended appropriate support, they can learn at high levels and deserve the opportunity to engage in rigorous course offerings.